What's Your SPECIAL POWERS to Change Your Life? Check out my FREE Super Power Quiz.

You are here: Home / Relationship with Intimate Others / MY BOYFRIEND GETS MAD AT ME FOR EVERYTHING! 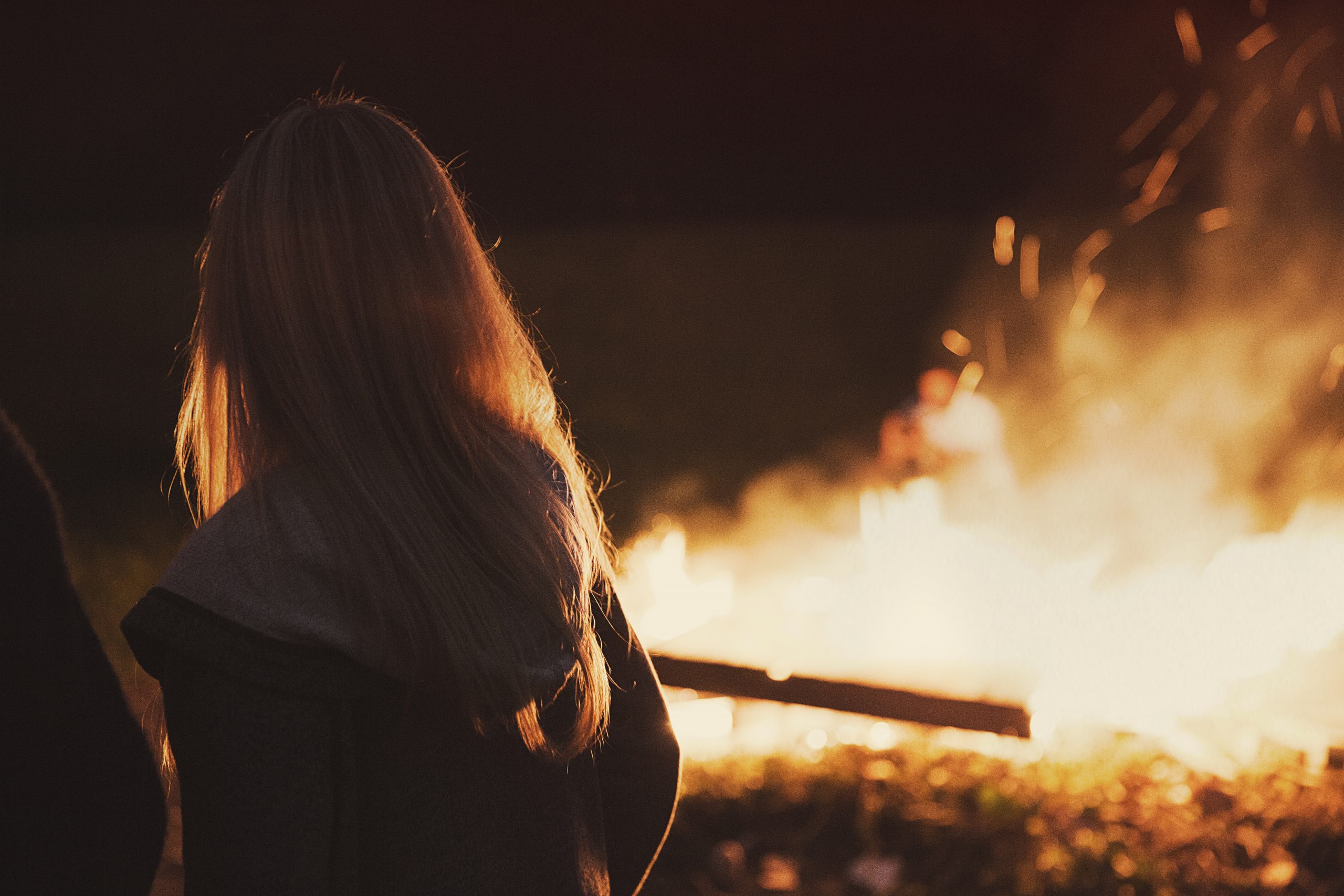 Does your boyfriend regularly yell at you or snap at you or blame you for their anger?

Does your boyfriend get angry over small things?

Are you surprised by their angry outburst?

And even more surprised that the anger is directed at you?

And do they rarely apologize for their behaviors?

So like, no one is perfect, and I'm sure, just like everyone else, there has been an occasion or two where you have done something that may have legitimately rubbed him the wrong way.

But I mean, come on, when you’ve absolutely done nothing to cause the anger, and literally have gone out of your way to be respectful, understanding and clear about what you meant and you're still walking around on egg shells around him, something is wrong.

Well if you've been asking yourself the question, "Why is he so angry at me all the time?" "How do I get my boyfriend to stop being mad at me?" or "What is a toxic boyfriend?" This post is for you.

This was my experience, and those questions were the very ones I asked myself day after day as my boyfriend then husband woke up in a foul mood in the morning, or unexpectedly snapped at me out of the blue when he was in a good mood.

At first, I thought it had to be something I was doing. He wasn't behaving this way with other people.

In fact, he often told me, "you are the only person I have problems with, everyone gets along with me."

After sincerely trying to understand him, and change myself, only to be rewarded with more frequent and intense anger, I decided I'd had enough or his unexpected outburst.

I found a way to get clear on what was really happening and grew the strength (key word: want).

Irrational and undeserved anger unexpectedly directed toward you many times without warning causing you to live on guard all the time.

Identify manipulation, abuse, by growing the Relationship with Yourself.

In the case that you don’t relate to the questions that will be answered in, here’s a post from a name on dealing with anger in a healthy relationship.

In this post, I'm going to talk about Abusive Anger and share insights that I wish I had before I invested so much time and energy tolerating unnecessary behavior in an unhealthy relationship.

What does it mean when your boyfriend gets mad at you for everything?

WHAT IS A TOXIC RELATIONSHIP?

To answer these two questions, lets start with the source of the problem.

They type of behavior where its hard to identify the triggers of the anger or where someone gets mad at you often over small inconsequential things tends to be toxic.

A toxic relationship is one where Power Struggles repeatedly occur regardless if one party waves the white flag of surrender and does everything in their power to heal and resolve issues.

At the heart of the problems: Emotionally Controlling Behavior.

A toxic person engages in emotionally controlling behavior must because they feel powerless inside.

The intense fear they have inside themselves is no doubt the result of experiencing trauma at some point in their life,

but the problem that often goes along with this belief system is the resistance to face their feelings and emotions.

So Abusive Anger becomes a coping mechanism to the dealing with their tension within.

The inner demons never get exercised and the inner child wounds never get healed so the tension builds and builds until it releases through an outburst.

Why Do They Involve You?

It doesn't work to do this alone.

They need a scapegoat to give them cover so they won't have to look at themselves and that's where you come it.

A toxic person needs to extract energy from another person to survive.

They must have someone to have power over and don’t even consciously realize this. I think at first.

Which is a reason why they don’t truly seek help.

And you can become so confused by their "I need you" and  "I hate you" behavior that you innocently buy into it.

Abusive anger isn’t about being angry. It’s a way for the person with the anger to get relief.

Abusive Anger is a form of verbally abusive diminishment and invalidation.

Remember that toxicity involves having power over someone. That means having a scapegoat.

The outburst small or large are survival mechanisms. That's why this kind of anger seems so misplaced. It actually is.

Remember also, that we are not talking about a normal healthy relationship.

With toxic individuals who are Verbal Abusers or Narcissist, they are not co-existing with you in a share of power.

They are trying to survive the day.

And they are rewarded when venting their anger, they get their addictive fix, for this habitual behavior can become an unconscious habit.

The energetic charge pushing this out is stimulating and feels good AND bonus they get to feel a sense of power.

I wholeheartedly know this to be a fact from personal experience living with a Verbal Abuser for years but Patricia Evans, God bless her, has documented these facts in her books ___.

I highly suggest you pick them up immediately and start reading if you relate to what I am saying.

They feel better, you feel worse and they really like it that way.

So stuff going on inside them.

It gets vented out for the purpose of feeling better.

It’s about the tension within that they don’t want to feel, and the powerlessness they have.

So instead of working through their emotions, and facing the real cause of the troubling emotions or thoughts causing the tension, they explode at someone.

You see people with abusive anger have a cyclical pattern of behavior.

If you don’t recognize that this is a cycle, you can be deceived into believing that there’s some part you played in their being angry and if only you can just figure out what that is and help them the problem can go away.   Lana McMurray, Creator of The Power of Clarity

Unfortunately, this is not generally the solution.

What happens instead is the anger remains. And the times when it shows up don’t seem to match the occasion.

So when that tension builds again, because it was never resolved or addressed by him, it gets released again with another outburst.

Hence the reason that he is angry at you all the time, its because it has nothing to do with you.

What are the negative effects of anger on relationships

There are no PRO's to staying with an abusively angry partner.

Healthy relationship are based on trust, mutual respect, and love. We get to express how their behavior makes us feel without being debated on what happened or who was to blame.

What to do when your boyfriend gets mad at you for everything?

You validate his world view

You join him in his Power Over reality. The place where there can only be ONE reigns.

It allows him to scapegoat you

You're response to seek to understand validates the behavior. This lets him  make the excuse in his mind that you're to blame.

It doesn't help him heal

Your attempts to fix the problem by seeking to understand instead of setting boundaries is a double-edged sword. He will deny his anger because you validated his world view and then he will avoid his feelings and emotions and won't even see where the anger he is coming from.

Turning the other cheek doesn't work.

He needs you to react to feel a relief from the tension building inside. So the more calm you become, the more frequent and intense the unexpected snapping will ocur.

His behavior deeply damages you.

Your biology, your neurocircuitry, your neurochemistry, your hormones, and even your gene expression, are equal to how you think, how you act, and how you feel. The environment can still influence your life experience. Revisit the list above

His behavior deeply damages your children or  loved ones witnessing it.

Children don't have the capacity to understand and rationalize adult behavior adequately. Let alone abusive behavior that is irrational. The non-physical violence against someone they love is traumatizing.

Love won't protect you from the consequences.

You're being loving doesn't prevent them from misusing power.

Your kids will have to have to work through the hurt and pain of the each experience one day.

And there is possibility they will adopt this learned behavior.

You can't control another human being

If they choose anger to deal with life and refuse to look within their own selves, you can be as perfect in loving them as you can be, but you'll still have to wait for them to "want" to change.

Idol Worship gets no mercy

Most importantly, who said it was your responsibility to tolerate damaging behavior that is intentional, and preventable?

One irrational outburst is too many, but snapping at you  "all the time" and not feeling sorry about it or sincerely apologizing on their own for it is not unacceptable.

Any other acts of love in my opinion are idol worship, and I learned the hard way that God is a jealous God and will have no other gods before him, not even your husband.

Not until after I set down boundaries and refused to accept the disrespectful and underserved anger from my ex did my life significantly begin to improve.

Today, I am happy. Happy I let myself to get Free to Thrive.

How to Protect yourself from people who are unhealthy and abusive.

You must learn how to hear yourself and value yourself to clear the fog that is preventing you from recognizing the lies and manipulation.

You've got to know the tactics others use to gain control over another person. And how to handle yourself when you are around controlling people.

Know What Your Autonomous Rights Are

You've got to develop the courage to stand in your own truth. One of the best ways to do this is by getting clear on what your values are and then uncovering the hidden rules you're living by and seeing if they line up with your true values are.

Know How to Start Recovering  Yourself

Self Recovery is my Specialization. You can get Free so that you can Thrive and be better than you were before.

Start Here will deciding the best tract to take.

Everything is Energy and there is nothing worthwhile without God and knowing how to align with his Universal Laws. Whether you are traditional, or believe in Source or Universe, we did not just show up here. There is power greater than ourselves and we must respect that and get in line with it. Not man made gods but the true Source of all life that resides within you.

There are two different ways we can experience power.

Power Over - needs winners and losers, only one person can win. Hence having power over something. Power comes from taking from another. They do not make their own Personal Power.

Personal Power - there are no winners or losers required. There is mutuality and co-creation. Personal Power comes from within. It’s self regenerative.

A toxic boyfriend has the attitude of a Power Over Model. He needs you in his life, but he doesn’t value you as a separate human being.

Want to Talk About It?

This site uses Akismet to reduce spam. Learn how your comment data is processed.